They're Getting The Band(s) Back Together 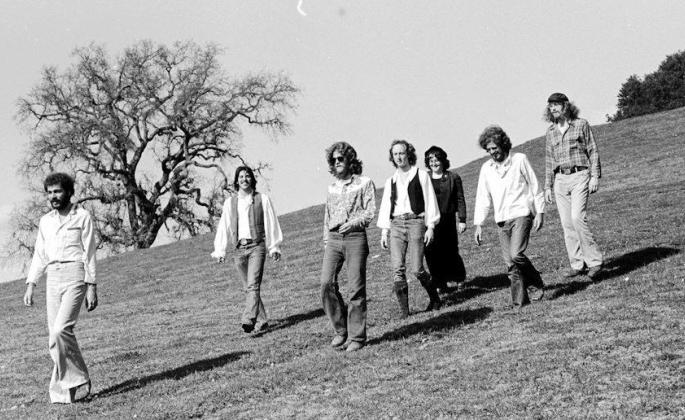 SSU alumni in the band, Muse

A group of former Sonoma State University music students is getting the band(s) back together for the first annual Alumni Recital on April 15 at 2 pm in Schroeder Hall. Proceeds from the concert will go to the Ezra G. Rust Scholarship fund.

Cohen and Gilmore were among those mentored by the late violinist and music educator Anne Crowden, who taught at Sonoma State before moving to Berkeley and founding The Crowden School in 1983. In Crowden’s memory, Quartet San Francisco will be performing Cohen’s “Crowdambo.” “Anne communicated to me how important it is that the joy of music-making be evident in my playing at every moment,” Cohen says. “In this little musical ‘thank you’ to Anne I found myself cooking up a musical soup of favorite sounds, techniques, and rock and classical-infused ideas held together by a mambo rhythm.”

“In this little musical ‘thank you’ to Anne Crowden I found myself cooking up a musical soup of favorite sounds, techniques, and rock and classical-infused ideas held together by a mambo rhythm.” Jeremy Cohen '77

Cohen, who has taught at the Henry Mancini Institute, the Jazzschool (Berkeley) and Stanford Jazz Workshop, is active as a violinist and composer-arranger with a keen interest in widening the repertoire for modern string players. With Quartet San Francisco, a string quartet that he founded in 2001, Cohen has received multiple Grammy nominations for his arrangements and recordings.

Aircastle began as an acoustic guitar and flute duo and grew to include violin, cello, and female vocalist, and later transitioned to electronic music with the addition of bass, drums and keyboards. Active from 1973-1982, Aircastle has reunited several times since. Aircastle will play, among other works, Gilmore’s “Waverly Overture” for two flutes, oboe, melodica, harpsichord, guitar, cello and bass.

Tickets are $8, parking included, and free to SSU students with ID.  For more information call the music department office at (707) 664-2324.