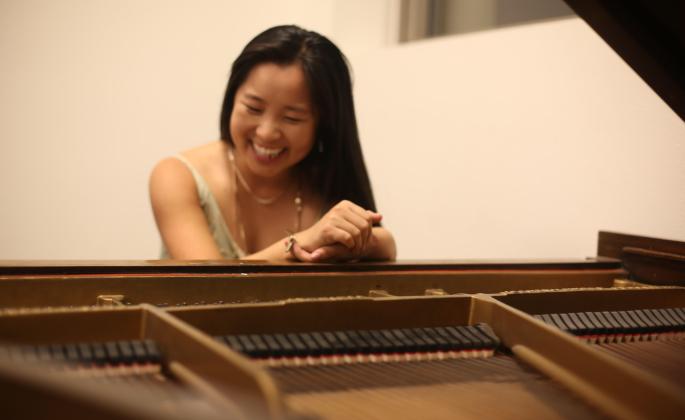 "Dean Michael Shinn connected me with Adrian in December at the tail end of my graduate studies at the conservatory, and I met Adrian in January and have since begun a working relationship that has felt truly inspiring and unlike any acquaintances I've made in the past due to our many unique similarities. We've both overcome our disabilities through our passion toward and pursuit of music performance, and we both similarly aspire to teach based solely on the desire to help students overcome their physical and/or mental blocks.

The beginning of Adrian's biography follows, "Adrian Anantawan holds degrees from the Curtis Institute of Music, Yale University and Harvard Graduate School of Education. As a violinist, he has studied with Itzhak Perlman and Pinchas Zukerman, and Anne-Sophie Mutter. Memorable moments include performances at the White House, the Opening Ceremonies of the Athens and Vancouver Olympic Games and the United Nations."

We will be performing at the Shalin Liu Performance Center in Rockport, MA on Wednesday, April 27th at 7 pm. We will perform Beethoven's 10th violin sonata, and we will each perform solo pieces. I'm excited to share that Adrian commissioned a contemporary composer by the name of Molly Joyce to write a piece tailored around Adrian's and my disabilities respectively; we will get to debut this piece at the concert. It is such an honor to have a piece written in my name alongside Adrian's. But that aside, Adrian is a humble and down-to-earth person who does not flaunt his position as a renowned performer. He has been a kind mentor and friend and treats me as his equal in the field." 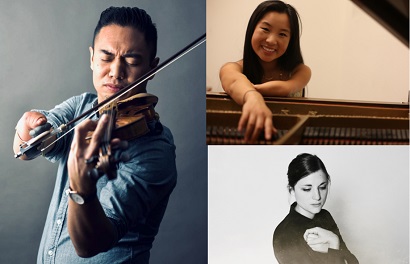